It was our last hurrah in Vietnam so we want to make it count hehe…. We strolled around the city. We went inside Ben Thanh Market. We ‘happily’ got lost there. They were so many cool and nice things we found there. I fell in love with this backpack trolley but I decided it was too expensive (for my budget, hehe). But my mama was too sweet. She went back there in the afternoon and bought it for me without me knowing it, hehe… Thanks Ma! Mwah!


Once we finally go out of the market, we went to Bach Dang ice cream shop. We played a game of “who-will-order-the-yummiest-ice-cream?”. 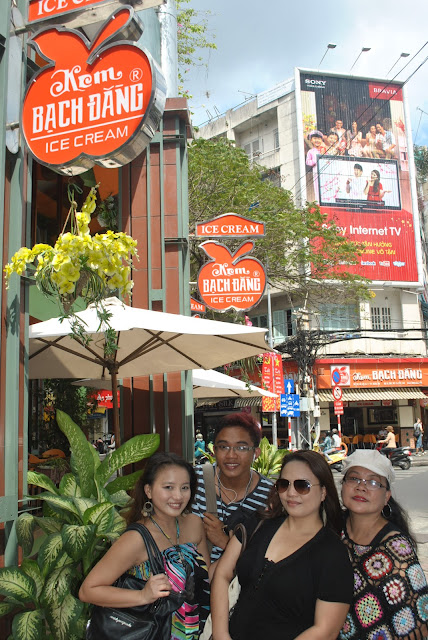 And the winner of this little game is……. Mama!

Her Coconut ice cream was the best. My coffee ice cream was a bit too strong. My sis’ ice cream has a nice hard shell in half of the heart but the taste was a bit bland. My bro’s ice cream was so-so and papa’s has a bit of rambotan taste in it… I guess there were really some rambotan fruits in the ice cream.
Then after we walked to the War Remnant Museum. 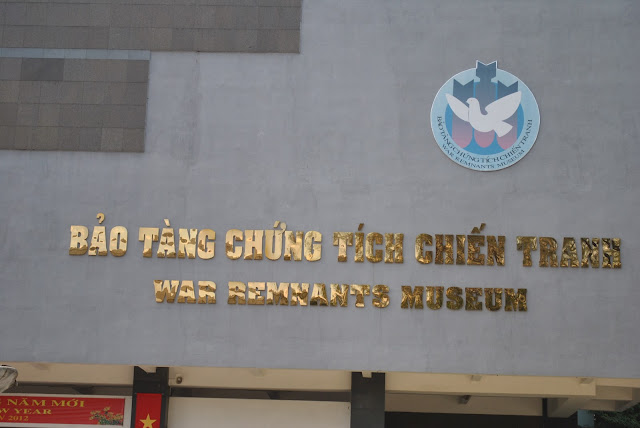 It is located in Vo Van Tan, District 3. Admission fee cost 15.000 VND. They have miltary equipments like big helicopter, patton tanks and bomber in thier yard. The museum contain exhibits of the American phase of the Vietnam war. The first floor of the museum were just walls and posters explaning the Vietnam war but when we got into the 2nd floor, it got interesting. There were photos of how the war went how the Vietnamese suffered under the hands of Americans. It will break your heart to see it and read their stories. I was looking around if they were Americans there but it seems like most of the foriegners visiting there speak a non-English language. I would even see this elderly foreigner lady crying while seeing those photos. I couldn’t resist taking a picture of this one…… 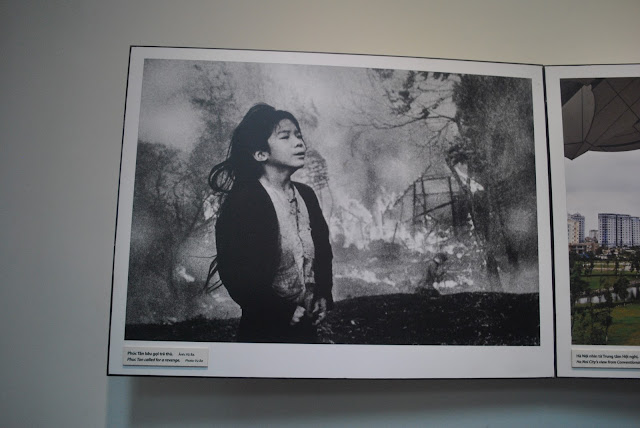 In another room was an exhibit of the people that was affected by Agent Orange, a herbicide mixture used during the Vietnam War to destroy forests in Vietnam. The Americans gallons of Agent Orange over forests in Vietnam as part of their U.S. Miltary herbicadal warfare program. There are pictures there of children affected by the agent, Some you think you just saw in an X-men movie. It would break your heart to view the pictures. There was even a picture of an American toddler. Her dad was a G.I. When he got home from the war and he & his wife bore a baby girl with no upper limbs. They was even more picture of her as she was growing older. The sad story is his dad was so traumatized by his experiences from the  war, he shot himself in the end. There was also a sample of the prisons that the U.S army made for Vietnamese. There was also a list of the different tortures they made. This got me scared… Huhuhu! 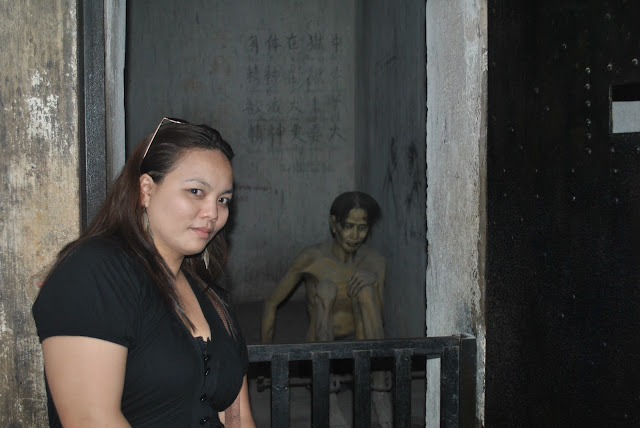 In the evening, we went to the night market outside Ben Thanh Market. To be honest, we go there  before heading back to the hotel because it’s just few blocks away from the hotel. We find very cheap and cool goodies there… We could just go crazy shopping, hehe….


Here are some pasalubong that I brought home:

Vietnam has been a relaxing, fun, educational and a lovely trip for the family…. Maybe I’ll visit you again next time, Vietnam but I guess I’ll be going to the North…. to Hanoi! Hmmmmm……….