Just last Sunday, the festivities of the World Youth Day Madrid 2011 came to a close. I am 100%  sure all the pilgrims had a great time, just like we did when I joined the World Youth Day Sydney 2008. It was such a wonderful experience for me and my group.
World Youth Day is a youth-oriented Catholic event held every two-three year in different countries. It celebrates the faith of youths all around the world and this maybe a Catholic event, the invitation extends to all youth of all religious conviction. You get to have a week-long simultaneous activity in different location and have discussions & lectures based on the WYD theme. That year’s theme was “You will receive power when the Holy Spirit comes to you”. You also get a chance to meet new friends from different countries,  to contemplate & meditate and celebrate your faith.


2008. I just passed the Physician Licensure Exam  and still in a stage where I am pondering on my next step. I already received an invitation a year before to join the World Youth Day to be held on Sydney. I didn’t commit that time. But since I am still unsure of what I will do next, I realized and was convinced that WYD would be a perfect avenue and solution to my ‘problem’. Though it didn’t come easy, with some late documents and mishaps, I was finally Sydney-bound.

I was with 7 other girls in this adventure. We are a unique group consisting of 3 college students, 3 yuppies (me included). There are two Law students, a nursing student, a medical technician, a new doctor, and a tax analyst residing in the United States. There were Dulce and Vel whom made sure that these girls should be kept in line. Good thing, we were so well-behaved…ehem..ehem….

We were a lucky bunch because we had prior arrangement to stay at Creston College, a dorm for college girls. We were protected from the cold. I am very sensitive to cold, you see, hehe. I felt like Australia has this heavy-duty air-conditioner and I want to switch it off but I am too short to reach it, hehe.


In the dorm, we were divided into three.  I got to stay with the two other yuppies, of course. And what is perfect, is that the room has a heater! Pretty toasty! I love it! Another plus is that most activities of the WYD are walking distance from the dormitory. Unfortunately, it was just so sad to hear that some pilgrims from other countries where not warned of the weather in Australia, they didn’ t bring any winter clothes. They were surprised when they arrived. Some also doesn’t have any prior arrangements in any establishments so they opted to stay in a gymasium or railways without heaters.

Good thing we were already pre-registered before we arrived. They gave us our colorful WYD bag & all the stuff we need in it. So basically Day 1 was spent roaming around the Sydney streets and tourist spots along with New Zealand pilgrims that are also staying in Creston. The streets are so alive and seems to have been dominated by pilgrims. It was just so festive. Some pilgrims would wave at our groups or ask which country we are from. We are like one big distant family meeting up.

Day 1 was so fun, walking around and simultaneously burning calories from all the big meals they serve us. But we all agreed that we miss rice, hehe. Simply Pinoy! hehe….

Day 2 was the opening of the World Youth Day. This time, there is this infectious excitement in the air and it is like we are having a very very big fiesta. You look everywhere and see so many people and different races. The only thing we have identical are our red & yellow backpacks, hehe… 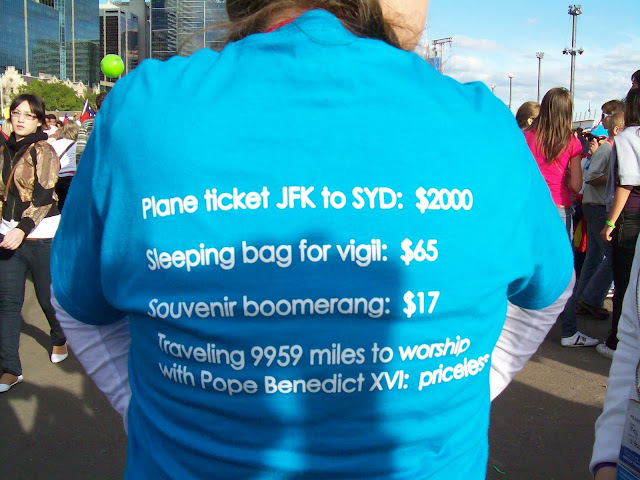 Isn’t this so cute? hehe… Definitely priceless….
So during the festivities: 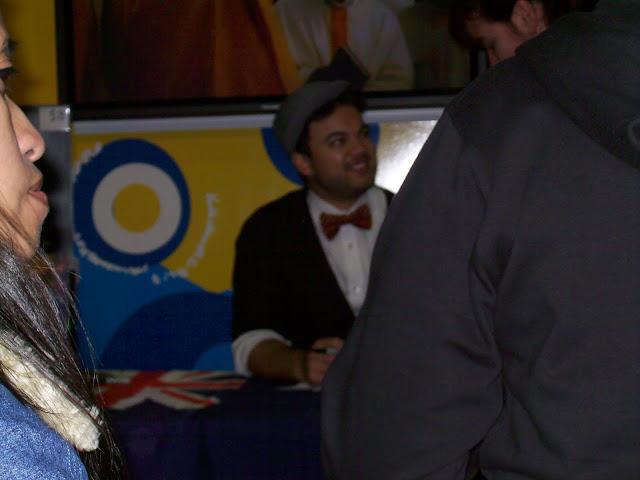 He looks a lot like my cousin Ramon in Canada. But my cousin is cuter, hehe… 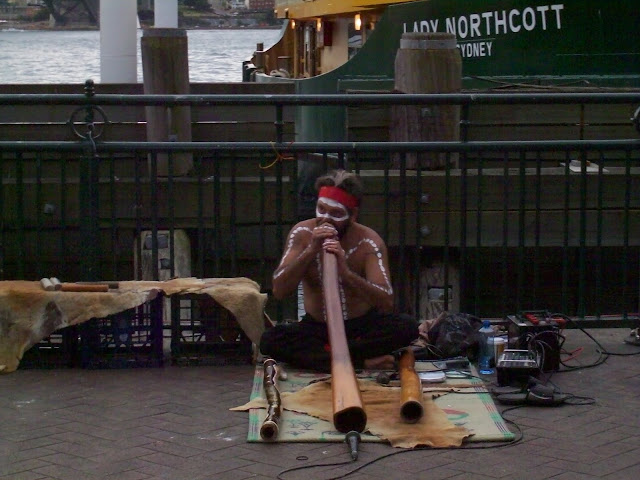 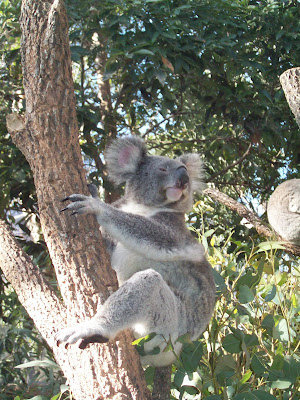 The highlight of the World Youth Day was the vigil. We packed our bags with warm clothing & big coats and haul our sleep bags. We are sleeping under the stars, baby! There are several activities and a vigil mass after by no other than Pope Benedict XVI himself, at the Randwick Racecourse. He is like the star of the show. He is like a rockstar. When he comes it, the crowd go wild like some cool concert. We would shout in unison, “Viva El Papa–Viva!” like three times or more.