Last weekend, I had a weekend trip to Manila because I took advantage of the peso-sale of Cebu Pacific and I miss my sister who now works there. Even with the heavy rain and ambivalent weather, I manage to meet up with an old friend;  tried all the restos I wanted to try & went to Tagaytay with my sister. I took a lot of pictures with my digital camera. I love the pics I took and enjoyed watching it over & over again, until a catastrophic thing happen in the night before I am to have my flight back to Iloilo. While we were trying to download the pictures from my sister’s DSLR to my memory card in her laptop, my memory card got stuck in her laptop, it won’t come out! We tried everything to wriggle it out there. And when I finally got it out, I tried it in my camera, all the pictures were gone. My memory card got corrupted! I wanted to cry but I held it back. I thought of all the memories of those pictures washed away in vain. I tried to be positive and hope it can be remedied when I get back to Iloilo. When I arrived, I dropped my traveling bag at home, I went straight to 3 camera doctors to have my memory card fixed. All 3 of them had a same diagnosis: my memory card got corrupted. It’s dead! I have to admit, I cried for  a bit.  I was thinking that the loss of the pics in my memory card is like equivalent to the fact that I haven’t been there in Manila with my sister at all and that thought makes me sad. Now, I know why Ryan Gosling’s character in THE NOTEBOOK is so sad  that his wife has lost her memory of them as a couple. It is like she lost her memory my loss card of her digital camera in her brain. (I know that sounds stupid, but you know what I mean). While I was drowning with my misery of my loss, THE NOTEBOOK popped in my brain as a empathic companion. (Please understand.) Another thing is, I guess this sadness I am experiencing may be contributed to this generation need for validation with the use of social networks. What will I show for when I get back in Iloilo? Pictures (in facebook) says a thousand words…..  I was too excited to post it on my facebook or share it in my blog. Then after a long realization, i thought….. nothing is indeed actually lost. It’s just pictures. Nowadays, we put too much emphasis on things when (according The Little Prince by Antoine de Saint Exupéry) “what is essential is invisible to the naked eye”. What is important was I spent a fun and quality time with my sister who also happens to be my best friend….. Those long chats over coffee, good laughs in her room, bonding over food are irreplaceable and not gone. And those moments goes to my happiness jar that dwells in me. So pictures or no pictures, the memories of these “kodak”moments will forever will be with me. And I should remember this incident next time I take for granted what is essential to the nonessential stuff…. 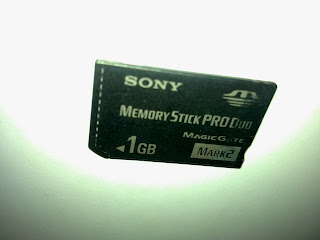 Though, I been known to be Little Miss Forgetful, a nudge in the head and it comes back to me and it’s all good. Just a little defective sometimes but still working. Now, I’ll just have to pray hard I won’t have Alzhiemer’s Disease like in THE NOTEBOOK, hehe….