They say don’t judged a book by its cover. But I do. I have this supernatural ability of knowing if it’s  a good book or not by it’s cover. But seeing Jodi Picoult’s The Storyteller, I know this a good one. And I am right. 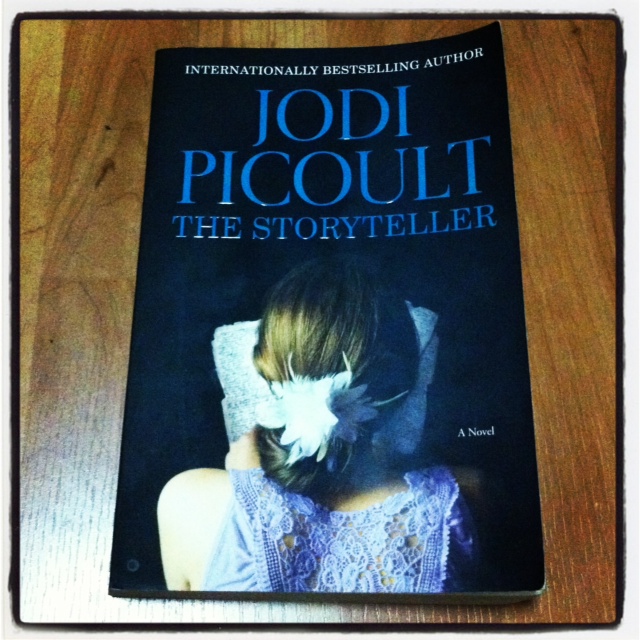 I never read any Jodi Picoult’s novel. But I have heard and saw a bit the movie adaptation of her “My Sister’s Keeper” in HBO. I was enthralled by the movie but unfortunately I wasn’t able to finish it and never seem to catch it again in HBO.
The Storyteller is a wonderful read. I can’t wait for all of you to read it. It’s a book with many voices. I feel like kindred spirit with the protagonist, Sage Singer, a shy baker in a small town. She too has a mark on her face that she conceals from inquisitive strangers. While mine is congenital, hers was brought about by an accident. She was told a secret — a secret she wish she never known. Then in the story enters a lawyer-turned-special-agent, Leo Stein who will help her  ease the burden of knowing this deep-dark secret she learned.
When I read books, I imagine the actors that will play in the movie adaptation. In this book, I think it should be played by Amy Adams and Aaron Eckhart. I am never  a fan of Amy Adams but I think she will fit the part well. As for Aaron Eckhart, he has that charms that will make the Leo Stein character come to life. In this story, Sage Singer works for a ex-nun who I think should be played, none-other-than Amy Adam’s constant partner, Ms. Meryl Streep. 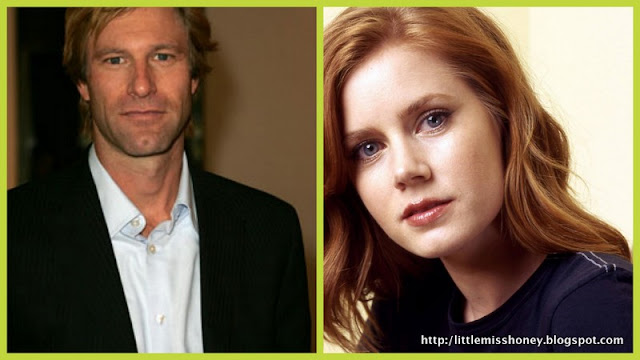 Going deeper into the story of Sage Singer’s grandmother, a survivor of the Holocaust recounts her memories of the war and her encounters with Nazi soldiers. I never paid much attention during history class about the Holocaust and Hitler. I was like an old story that I don’t mind at all. While reading the novel, I wish I paid more attention. I was so affected. I was so moved. I grieved for the victims. It was just not a story. It was in our history and it was real. Genocide is an ugly ugly word. If only that memories can be wipe away with a magic wand like it never happened. I now understand why Audrey Hepburn who also witness those struggling years for the Jews and who also suffered the hunger and restrictions brought about by the war, refused the role offered to be Anne Frank (in the screen adaptation of “The Diary of Anne Frank”, a famous diary of a teenage girl during the Holocaust) because it will bring back so many painful memories.
The book is a story of secrets, forgiveness, suffering and new chances. The Storyteller tells stories from different perspective from different characters in the story. Don’t be surprise to see different changes of font styles in every chapter to correspond to the character. Jodi Picoult is a gifted writer. She has a lyrical voice on page. She reminds me of our very own, Samantha Sotto of “Before Ever After”. I can’t wait to read more of her novels. I urged you to read this book. It is amazing. It will blow your mind. It will make you think. I am not quite sure if I love the ending. But go ahead and read it, let’s discuss… Let me know what you think…
Happy Reading!