I am a proud Ilongga. I hail from Lapaz,Iloilo City — the place where Lapaz Batchoy came from. For those who doesn’t know what batchoy is, batchoy is a popular noodle soup composed of a tasty broth, pork innards, miki or round noodles, pieces of pork, and chicharon (crushed pork cracklings).


Here in Iloilo, there is two popular batchoy restaurant: Ted’s Old Timer Batchoy and Deco’s Original LaPaz Batchoy. I decided to give my tastebuds and food critic in me a challenge to see which of these two “batchoyan” would reign as the ‘King of Batchoy’. 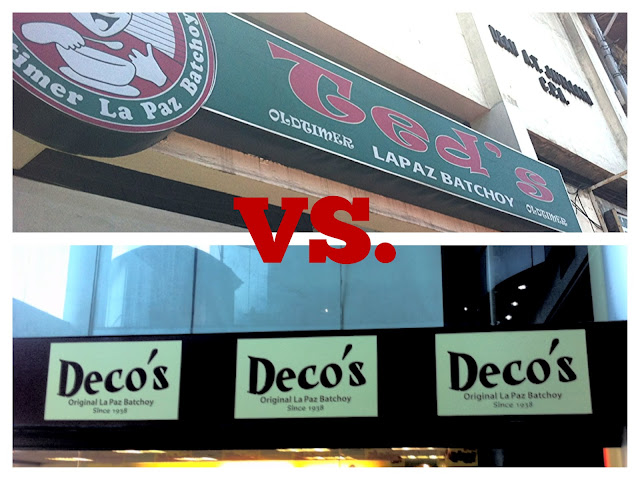 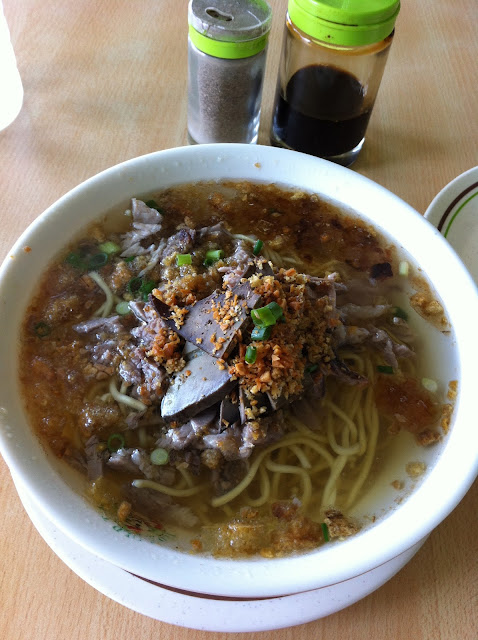 The choices are based on the ingredients of the soup:


I ordered the Extra Super with 2 pandesal (Filipino bread) 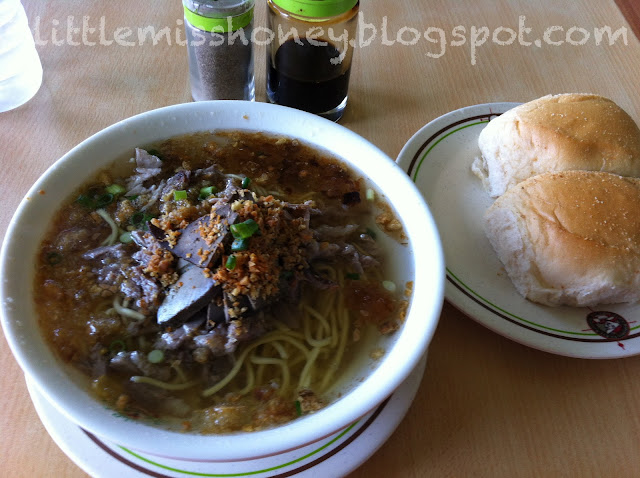 They didn’t scrimp on the ingredients of batchoy. They placed lots of garlic which is great. I like the miki/round noodles because it wasn’t soggy. It just tasted a bit bland that I need to put soy sauce and pepper into it. I love their pandesal. It wasn’t hard like some pandesal. I love dipping it into the soup. Like! 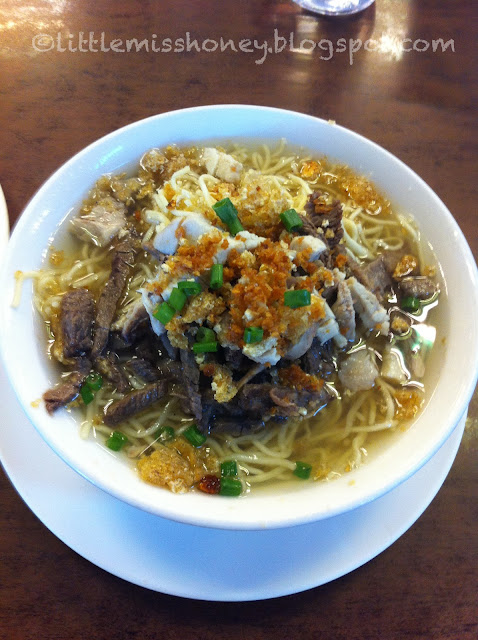 The choices in Deco’s are based on the bowl sizes:


I ordered the Special since I couldn’t finish a big bowl of soup usually. I also ordered some puto (a steamed rice minicake ). 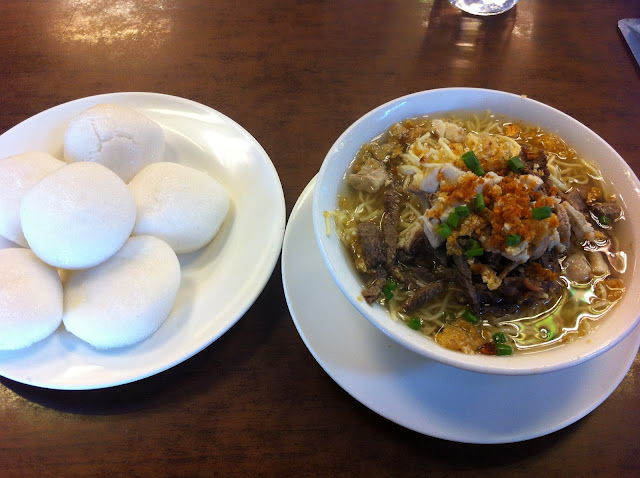 They put lots of chicharon (pork cracklings) and I am one happy girl. I love the yummy salty taste of the soup. They perfected the broth much to my delight. But if you add soy sauce to your soup, it could get too salty. The puto was very hard and has no taste. So I just finished one puto, couldn’t manage to eat another more.


Verdict: The King of Batchoy crown goes to……..

Deco’s Original Lapaz Batchoy!
I will definitely recommend these to my friends who hasn’t taste and would like a taste of a good Lapaz Batchoy…. I wouldn’t recommend them getting the puto though. Pandesal is the perfect partner to Batchoy. Leave the puto with dinuguan…. Happy Eating! Kaon ta!
Like this post? Subscribe this blog by clicking here.
Become a Facebook Fan for more updates from LITTLE MISS HONEY